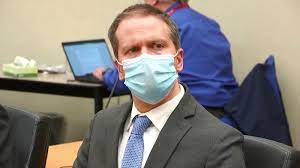 Let’s not confuse justice with accountability. In Judaism, we learn that justice is about society, the community, the collective (e.g., Exodus 22:20-21, Deuteronomy 15:7-8). There can be justice for an individual but only in the context of upholding societal norms.

The guilty verdict against Derek Chauvin ultimately was not about justice. Rather, it was about accountability. In Judaism, individuals must hold themselves accountable for their actions (Numbers 5:5-7). If an individual does not or cannot, then the community intercedes. This is what the court did in the case of Chauvin.

But this is not justice. In fact, calling it justice undermines the entire Black Lives Matter movement. We can’t use Chauvin as a symbol that justice has now been served. That would mean we continue to ignore the unjust system that helped create and legitimize the behavior that Chauvin thought was acceptable in the first place.

Accountability is necessary for justice. But it is not sufficient.

We can celebrate that our system held Chauvin accountable for his actions. Indeed, that the court did so is a historic moment in our legal history! But we must also continue to fight for justice within a system that remains biased against people of color. Yesterday’s verdict–one assigning full accountability to Chauvin for his actions–should not be seen as a sign that justice has been served. Rather, it should galvanize us to fight even harder for truly just system.